There are very few people who don’t like St. Petersburg, and they all have something in common: they’ve never been here.

St. Petersburg is officially recognized as “The Cultural Capital” of Russia.

Russian Tsar Peter the Great, a passionate reformer and the creator of the Russian Empire, founded the city in 1703 on the banks and numerous islands on the Neva river and it was the Empire’s capital for over 200 years, through its Golden and Silver Ages. St. Petersburg has 18000 (!) buildings from before 1917 and officially the world’s largest number of palaces.

But it’s not all about history: the city was recently named the most comfortable Russian city to live in and one of the world’s top tourist destinations.

It has got a certain mystique flavor to it in Russian culture, known as the city of intellectuals, artists, canals, and romance. Many Russians call it “the Venice of the North.” Spread on 44 islands connected by about 800 bridges in the delta of the Neva with its 93 rivers and canals near the Baltic sea, the city combines a rich and dramatic history with the excitement of a modern megalopolis with over 5 000 000 population.

Writers described St. Petersburg as a mysterious place, with an atmosphere that seeps into the human soul and transforms it. Our students and guests of the city say that the city is majestic, modern, but with a print of the imperial past at the same time, gray and cool, but brilliant in its culture, warm and lively – because of its citizens. And no one remains indifferent.

For those interested in Russian literature the city offers memories of great Russian classics like Pushkin, Gogol and Dostoyevsky to many great XXth century writers like Andrei Bely, Nabokov, Akhmatova, Brodsky and Dovlatov, to name a few.

St. Petersburg music tradition is as significant as that in literature: from great composers of the past like Glinka, Tchaikovsky, Rimsky-Korsakov (his museum is right across the street from the school) to the first Soviet jazz band, the first jazz club in the USSR (still open, 2 min walk from our school!) and the legendary Leningrad Rock Club.

Today St. Petersburg can satisfy every taste and overpass any expectations with its world famous Mariinsky and over 100 other theatres, about 80 museums ranging from unique art collections like The Hermitage and the Russian Museum to some unusual and exclusive places like Russian vodka museum or the Museum of Bread. The Hermitage alone has over 3 000 000 exhibits displayed in more than 350 halls of 5 beautiful buildings. The museum has so many items that less than 10 percent can be displayed at one time, while the rest of the collection sits in storage or is borrowed by other museums across the globe. Spending just a minute at each of the artifacts will take you 8 years.

In addition to great architecture and cultural treasures, St. Petersburg nightlife is vivid and varied, with clubs for every taste, it is often referred to as “the bar capital of Russia”, in addition to it’s other numerous titles. And don’t forget luxurious fitness clubs, 24/7 shopping, skating rinks, and much more!

Every season is good for learning Russian in St. Petersburg! 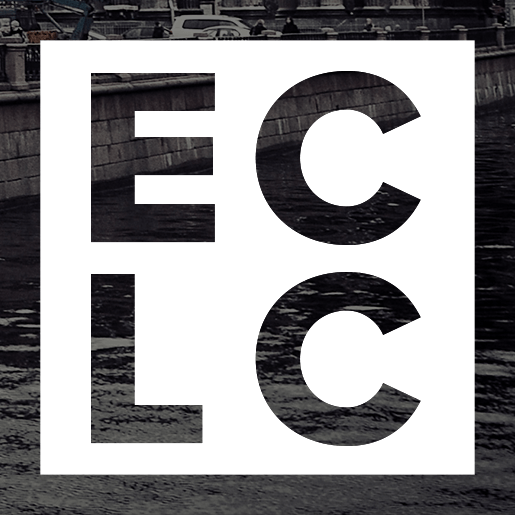 SPECIAL OFFER FOR THESE SPECIAL TIMES:

THE VIRUS WILL GO, THE LANGUAGE WILL STAY WITH YOU!

We will be happy to see you at our school in St. Petersburg later, at times safer and more favorable for travel, and now you can start learning Russian online with our special promotion: pay 10 lessons, get 12 and a larger discount for 25 lessons+ package!

Individual classes – from EUR 18 for a lesson!

These prices are relevant till August the 31st 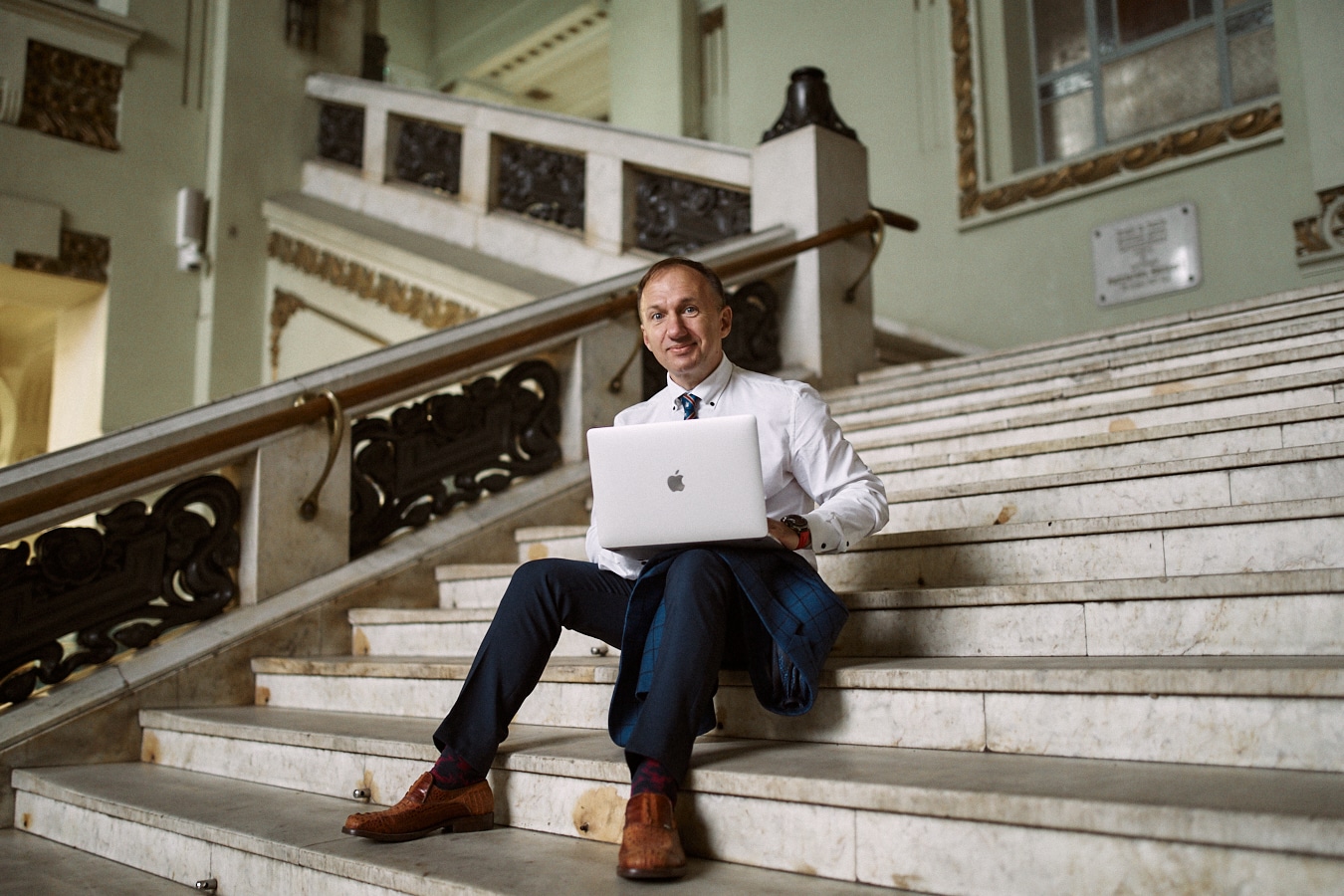 How is the data protected?
To protect your personal information we use a variety of administrative, managerial and technical security measures. Our company adheres to various international standards of control, aimed at securing transactions with personal information, which include certain controls to protect information collected on the Internet.

Our employees are trained to understand and implement these controls and they are familiar with our Privacy Notice, regulations and guidelines.

However, while we strive to protect your personal information, you must also take steps to protect it.

We strongly recommend that you take all possible precautions while you are surfing the Internet. The services and websites organized by us provide for measures that protect against the leakage, unauthorized use and alteration of information that we control. Despite the fact that we are doing everything possible to ensure the integrity and security of our network and systems, we cannot guarantee that our security measures will prevent unauthorized access to this information by third-party hackers.

If this privacy policy changes, you can read about these changes on this page or, in special cases, receive a notification to your e-mail.

In accordance with current legislation, the Administration disclaims any representations and warranties, the provision of which may otherwise be implied, and disclaims liability in respect of the Site, Content and their use.

Under no circumstances will the Site Administration be liable to any party for any direct, indirect, special or other indirect damage as a result of any use of information on this Site or on any other site that has a hyperlink from our site.

Loss of productivity, dismissal or interruption of labor activity, as well as deductions from educational institutions, for any lost profits, suspension of economic activity, loss of programs or data in ashih information systems or otherwise, incurred in connection with access, use or inability to use the Site, Content or any related Internet site, or failure, error, omission, interruption, defect, downtime or delay in transmission, computer virus or system failure, even if the administration will be made explicitly aware of the possibility of such damage.

The user agrees that all possible disputes will be resolved by the rules of law.

The user agrees that the rules and laws on consumer protection may not be applicable to his use of the Site, since he does not provide paid services.

By using this Site, you express your consent to the “Disclaimer” and the established Rules and accept all liability that may be assigned to you.

By filling out the form on our website – you agree to our privacy policy. You also agree that we have the right to disclose your personal data in the following cases:

2) Companies working on our behalf: We cooperate with other companies that perform business support functions on our behalf, in connection with which your personal information may be partially disclosed. We require such companies to use information only for the purpose of providing contractual services; they are prohibited from transmitting this information to other parties in situations other than when it is caused by the need to provide the specified services. Examples of business support functions: fulfillment of orders, implementation of applications, issuing prizes and bonuses, conducting surveys among customers and managing information systems.We also disclose aggregated non-personally identifiable information when selecting service providers.

4) On jointly positioned or partner pages: Our Company may share information with partner companies, with which it implements special offers and events to promote the product on the jointly positioned pages of our site. When requesting personal data on these pages, you will receive a warning about the transfer of information. The Partner uses any information you provide in accordance with your own privacy notice, which you can read before providing information about yourself.

5) When transferring control over the company: Our Company reserves the right to transfer your personal data in connection with the full or partial sale or transfer of our company or its assets. When selling or transferring business, our Company will provide you with the opportunity to refuse to transfer information about yourself. In some cases, this may mean that the new organization will not be able to continue to provide you with the services or products previously provided by our Company.

6) To law enforcement agencies: Our Company may, without your consent, disclose personal information to third parties for any of the following reasons: in order to avoid violations of the law, regulations or court orders; participation in government investigations; assistance in fraud prevention; and strengthening or protecting the rights of the Company or its subsidiaries.All personal information that is submitted by you for registration on our website can be changed at any time or completely removed from our database upon your request. To do this, you need to contact us in any way convenient for you, using the contact information placed in a special section of our site.